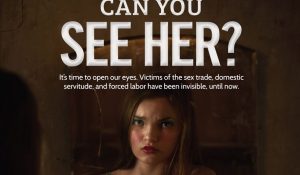 The long and dangerous road to slavery

The unmarked flat in a grey cement building on the edge of an Italian hillside town is deliberately anonymous and decorated with donated Ikea furniture. Dora is perched on an armchair inside, her voice cracking with emotion as she tells how she came to this shelter for abuse victims. Earlier this year, in her native Nigeria, she swore an oath that led her to be trafficked to Europe as a sex slave. “I thought that when I came here they would look for a job for me but I didn’t know it was prostitution,” she says.

Dora, 19, had hoped to escape destitution on the outskirts of Benin City, in southern Nigeria, where she was born. She took on a €30,000 debt with what turned out to be a criminal network in exchange for passage to Italy and employment once she arrived. The deal — encouraged by her family — was sealed in a traditional and traumatic religious ceremony. A juju priest forced her to drink a strong alcoholic beverage laced with kola nut, strip partially naked and hand over her underwear, before warning her to obey every order she was given. “The man told us that if we don’t pay the amount, the curse is going to kill us,” she says of the shaman who presided over the ritual. “And if we run away, the curse is going to kill us.”

Slender and petite, with deep, dark eyes, Dora, whose name has been changed to protect her identity, is wearing a light brown jacket, blue jeans and flip-flops. During a two-and- a-half-hour interview, she occasionally bites her nails and fidgets with her long, highlighted braids — perhaps a sign of the anxiety that still lingers in her.